One of the biggest concerns for firefighters and other first responders is the possibility of a mass casualty event. Although there is no way to guarantee preparedness because every situation is different, using a command board can help first responders make better decisions in a hectic situation.

Although first responders are the ones initially activated, you will need other professionals as part of the team. For example, depending on the circumstances of the mass casualty event, additional police resources may be necessary, such as a SWAT team or someone to diffuse an explosive device. Another component should be to alert your local trauma center. Many localities do not have a Level I trauma center or it is far away. You will need to know the trauma center levels of the hospitals in your area so you will have a general idea of what facilities can handle more traumatic injuries. If you can avoid unnecessarily sending less serious patients to higher-level trauma centers, it will free up resources for more critical patients. Decide which and how many first responders should be deployed during a mass casualty event. There need to be people available to handle other emergencies. If possible, you should work with a neighboring locality to utilize some of its resources, as needed.

You might decide to have different command boards for various scenarios. A group of first responders should be encouraged to make suggestions about what type of events might result in mass casualties. For example, the process for handling an active shooter will be different from a natural disaster or explosion. Additionally, the need for resources will be different based on the number of suspected victims. Including the worst-case scenario where there could be hundreds of victims will ensure you are as prepared as possible for almost any event. The first phase of your command board will generally be how to diffuse the threat (if there is one), whether there is a shooter or a natural gas leak. Usually, rescue efforts cannot begin until the scene is declared "secured" by police, then EMS and firefighters can do their jobs.

A command board is a great way to create a consensus on how to triage patients so what happens to victims is consistent. Generally, you will need some way to ID the severity of victims. This often occurs with the use of color-coded tags. First responders and medical professionals should come to some general agreement about what each color means and examples of victims who would fit into each category. Due to limited resources, when there are many victims, people in grave condition are not typically transported to the hospital because, even with medical care, they are unlikely to survive. However, administration of medication to keep them more comfortable may be given whenever possible. Victims who are considered the "walking wounded" are often treated on-scene as much as possible and are taken to the hospital at a later time if they need further care.

Firefighters and other first responders can benefit from a command board to be prepared for various types of mass casualty events. When everyone is on the same page, diffusing the threat and rendering aid is often faster and more efficient. To learn more about fire department command boards, contact an industrial equipment supplier in your area.

Learn All About Industrial Equipment and Supplies

Learn All About Industrial Equipment and Supplies 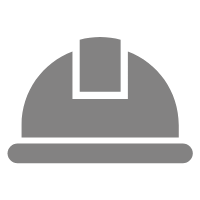 There are numerous types of equipment and supplies that are used in the industrial sector and you'll learn all about them by reading this blog. We don't work in the supply business, we just have a keen interest in industrial plants and how they produce all kinds of products. We've performed a lot of research to learn about different kinds of industrial goods and we want to share the information we've learned in this blog. Within the articles on this site, you'll learn about common types of industrial machinery, raw materials, and manufactured parts. The goal of this blog is to give our readers a better understanding of industrial plants and how they work to create numerous goods.

One of the biggest concerns for firefighters and o …

Grains serve as a staple in many American diets. W …

Whether you have lived in or recently moved into a …

If you're running an industrial facility, make sur …

When the cold season approaches, everyone looks fo …